Temperatures staying in the 70's tonight with mostly clear skies. Tomorrow, a cool and dry start to the day to kick off the official first day of summer, but it'll end in afternoon showers. A 60% chance of afternoon showers and thunderstorms with heavy rain being the biggest concern, especially in our eastern counties. Things dry out by Tuesday morning, with cooler temperatures to follow.

TONIGHT: mostly clear skies with temperatures cooling down to the 70's. Wind: 5-10 mph 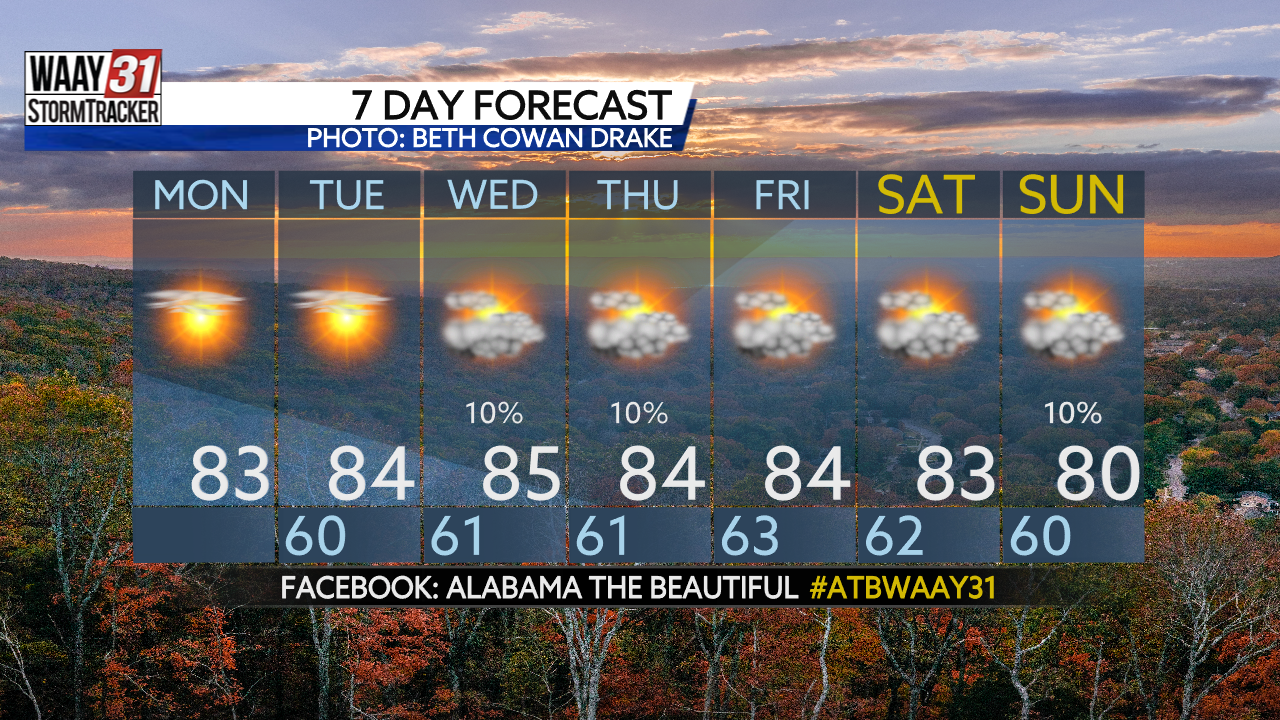 Showers and thunderstorms likely. Low 63F. Winds WNW at 5 to 10 mph. Chance of rain 100%. Rainfall possibly over one inch.
Tuesday

Some sun in the morning with increasing clouds during the afternoon. A stray shower or thunderstorm is possible. High 84F. Winds SSE at 5 to 10 mph.
Friday night 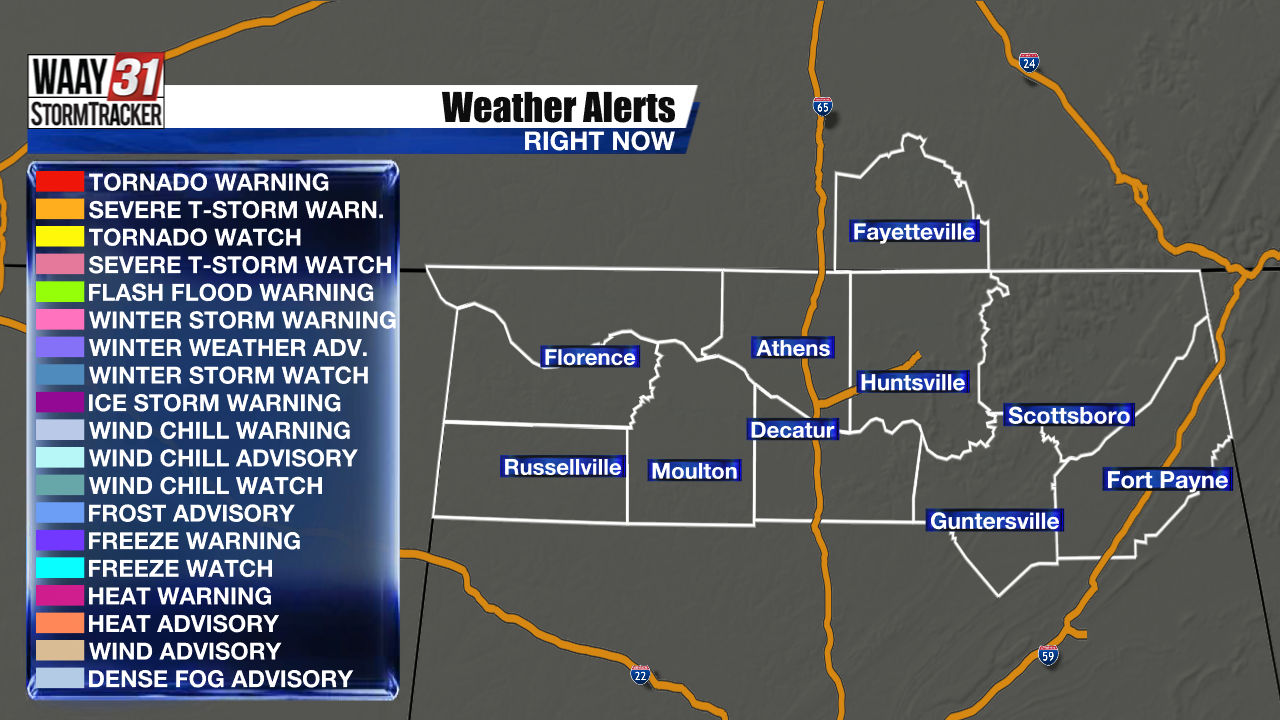 Flash Flood warning in effect for parts of North Alabama

Another cool morning followed by a quick warm-up Thursday

Another spectacular day Wednesday, but watching the tropics closely