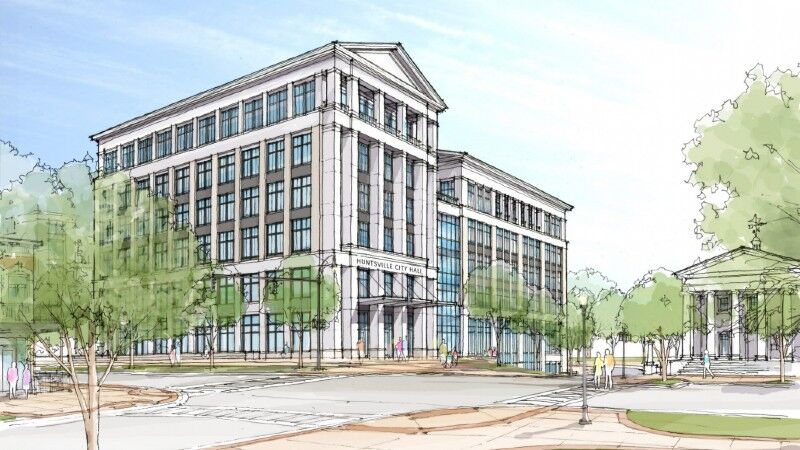 Huntsville's new City Hall is closer than ever before, as the city voted on a construction agency agreement deal during Thursday's council meeting.

The current City Hall will remain standing for a few more years, as they won't tear it down until the new one across the street is built. That lot currently has a parking garage on it, but in just a few months it will be demolished and construction on the new City Hall will begin.

"With approval of that construction contract, when the firm first mobilizes the first thing they would do is demolish the garage, and then prepare the site, and then go into construction," says city administrator John Hamilton.

"This agreement just lays out who is authorized to do what between the two entities. Between the Public Building Authority and the city of Huntsville," says Penny Smith, the finance director for the city.

The project is estimated to cost $85 million.

One question on some people's minds? How to keep a momento from the current building.

"Is there a way that some of the exterior of this building marble can be salvaged?" asks Bill Kling, council member for District 4.

The current City Hall is a fragile building, part of the reason a new one is being built, but the city will do its best to preserve a small piece of its history.

"We've talked about could you, you know, make a conference table or table top with marble or something. There's things like that that we've contemplated," says Hamilton.

Until then, citizens and councilmembers will both continue to enjoy the current City Hall.

"Obviously, this building doesn't get demolished until we move into the new one," says Hamilton.

Starting Nov. 30, the city will take bids on different construction agencies to get a cost estimate and choose which agency will actually build the new City Hall.

After the bidding, they will get right to work and break ground across the street.

As prices skyrocket, will Alabama suspend its gas tax?

HPD: Juvenile transported to the hospital with 'life-threatening' injuries