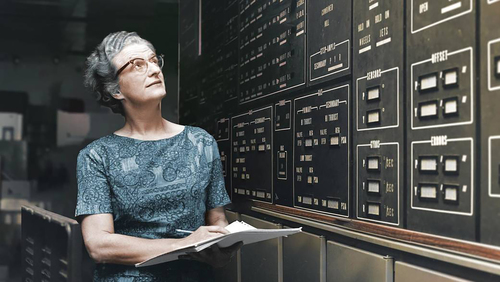 An upcoming NASA telescope has been named the Nancy Grace Roman Space Telescope in honor of the agency's first chief of astronomy. The telescope, which is cu...

An upcoming NASA telescope has been named the Nancy Grace Roman Space Telescope in honor of the agency's first chief of astronomy. The telescope, which is currently in development and expected to launch in the mid-2020s, was formerly known as WFIRST, or the Wide Field Infrared Survey Telescope.

The announcement was made by NASA on Wednesday.

"It is because of Nancy Grace Roman's leadership and vision that NASA became a pioneer in astrophysics and launched Hubble, the world's most powerful and productive space telescope," said NASA Administrator Jim Bridenstine in a statement. "I can think of no better name for WFIRST, which will be the successor to NASA's Hubble and Webb Telescopes."

The pioneering astronomer died in 2018, but her legacy continues to inspire young astronomers and will live on with this mission of a next-generation telescope. The telescope has been designed to tackle the unsolved mysteries of our universe, like dark energy and dark matter. These two mysterious elements comprise the majority of the universe, but they're only known by their effects on observable matter.

"Nancy Grace Roman was a leader and advocate whose dedication contributed to NASA seriously pursuing the field of astrophysics and taking it to new heights," said Thomas Zurbuchen, NASA's associate administrator for the science mission directorate, in a statement. "Her name deserves a place in the heavens she studied and opened for so many."

One of the most powerful space observatories

NASA has given Roman's name to one of its most powerful space observatories, Zurbuchen said.

The Roman Space Telescope is equipped with a powerful 2.4-meter mirror that will allow it to search for exoplanets, or planets outside of our solar system. The telescope will stare at large swaths of the sky and watch for gravitational microlensing events, where a planet and the star it orbits pass in front of a background star.

The telescope's Wide Field Instrument has a field of view that is a hundred times greater than Hubble's infrared instrument, meaning the telescope can observe more of the sky in less time, the agency said. The telescope's Coronagraph Instrument will allow for high-contrast imaging of individual nearby exoplanets.

The Roman Space Telescope will measure light from a billion galaxies and seek to provide data that could answer key questions about how common planetary arrangements are to our own solar system, as well as how many planets may be able to harbor life.

Roman was born in 1925 and was fascinated by astronomy at an early age. Between fifth and sixth grade, she organized her friends into an astronomy club, Roman said in archival footage shown by NASA during the announcement.

But Roman was given no encouragement, and she was constantly told that women couldn't be scientists. Roman refused to be deterred. She earned a bachelor's degree in astronomy from Swarthmore College in 1946 and followed it with a doctorate in astronomy from the University of Chicago in 1949.

Roman stayed on at the University of Chicago, studying the stars and making discoveries about their compositions for six years, but as a woman she didn't believe tenure was in the cards for her, so she moved on to the US Naval Research Laboratory researching the cosmos through radio waves.

When she began working at NASA in 1959, the agency was only six months old and she became the first executive woman at NASA. Roman said she was "accepted readily as a scientist" at the agency and worked there for 21 years.

Roman was the chief of astronomy and relativity in the Office of Space Science, managing astronomy-related programs and grants, according to NASA.

"I knew that taking on this responsibility would mean that I could no longer do research, but the challenge of formulating a program from scratch that I believed would influence astronomy for decades to come was too great to resist," she said in a NASA interview.

During the early days of NASA, Earth's atmosphere presented a large roadblock to studying space because it didn't allow astronomers to measure the multiple wavelengths of light needed to study the more distant reaches of the universe. Balloons, airplanes and research rockets conducted suborbital flights.

Roman could see the writing on the wall and knew that space telescopes would provide a better look at the universe. Between 1966 and 1972, NASA launched four Orbiting Astronomical Observatories, two of which were successful.

Roman also supported other satellite initiatives, like the Cosmic Background Explorer. Two of the leading scientists on that mission received the 2006 Nobel Prize in Physics.

One of Roman's most important contributions centered around the Hubble Space Telescope. Early on during the 1960s, Roman brought a group of astronomers and engineers together with the goal of imagining a powerful space telescope that could achieve key science milestones and unlock secrets of the universe. Roman managed to convince NASA and Congress that Hubble should be a priority, and it became "the most scientifically revolutionary space telescope of all time," according to the agency.

Roman earned the name "the mother of the Hubble Space Telescope" from Ed Weiler, former NASA associate administrator for the science mission directorate and Hubble's chief scientist from 1979 until 1998.

Roman continued to be an advocate for Hubble after she retired from NASA.

"It is fitting that as we celebrate the 100th anniversary of women's suffrage, NASA has announced the name of their new WFIRST telescope in honor of Dr. Nancy Roman, the Mother of Hubble — well deserved," said former US Sen. Barbara Mikulski in a statement. Mikulski worked with NASA on the Hubble and WFIRST space telescopes.

Roman's cousins, Laura Bates Verreau and Barbara Bates Brinker, released a joint statement regarding the naming of the telescope.

'Although the professional recognition of having a telescope named after her would certainly be gratifying to Nancy Grace, we think the possibility of inspiring other girls to reach for their own stars would give her the greatest satisfaction."