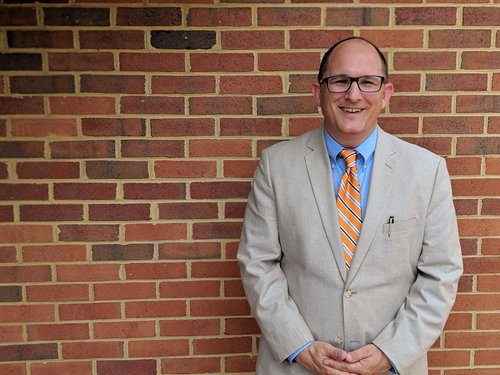 A Virginia teacher has filed a lawsuit saying he was wrongfully fired for refusing to use male pronouns for...

A Virginia teacher has filed a lawsuit saying he was wrongfully fired for refusing to use male pronouns for a transgender student.

In 2018, a student at West Point High School began identifying as male. He and his mother asked for him to be referred to with his preferred name and pronouns: he, him, his.

French teacher Peter Vlaming said he couldn't "in good conscience" comply, citing his religious beliefs, according to the complaint. He consistently used the student's preferred male name and attempted to avoid the use of any pronouns at all, his lawsuit says.

The school, according to the lawsuit, gave the teacher an ultimatum: Use the student's preferred pronouns or lose your job.

School officials suspended the teacher for insubordination. Vlaming was ultimately fired after he refused to use the male pronouns and for repeatedly ignoring orders from his bosses.

"Mr. Vlaming's conscience and religious practice prohibits him from intentionally lying, and he sincerely believes that referring to a female as a male by using an objectively male pronoun is telling a lie," the lawsuit argues.

CNN has reached out to West Point Public Schools for comment and has not heard back. The school is about 40 miles east of Richmond.

Vlaming worked with the district for seven years. The decision to fire the teacher came after a virtual reality exercise in the classroom, where Vlaming called out, "Don't let her hit the wall!" as the transgender student walked in that direction, the lawsuit states.

The student waited for all the students to leave class that day before approaching the teacher, the lawsuit says.

"Mr. Vlaming, you may have your religion," the student said, according to the suit, "but you need to respect who I am!"

Vlaming said it was an unintentional slip of the tongue.

School officials said the educator was insubordinate and failed to follow directives from administrators. And, officials said, the teacher could not be allowed to treat the transgender student differently.

The firing led to petitions as well as a student walkout in support of Vlaming. Students held signs saying "men are men and women are women" and "facts don't care about your feelings," CNN affiliate WWBT in Richmond reported at the time.

The former teacher is now suing the school district officials, saying they breached his contract and discriminated against him, violating his right to speak freely and his religious freedom. He is seeking $500,000 in lost wages and benefits, plus $500,000 for loss of reputation, pain, suffering and emotional distress. He is asking to get his job back or another position at equal or higher pay.

"This isn't just about a pronoun, it's about what that pronoun means," Tyson Langhofer, director of the ADF Center for Academic Freedom, said in a statement. "This was never about anything Peter said or did; only about what the school was demanding he say. Nobody should be forced to contradict his core beliefs just to keep a job."

The University of Wisconsin-Milwaukee's Lesbian, Gay, Bisexual, Transgender Resource Center has previously talked about the importance of pronouns in referring to transgender people. "It is a privilege to not have to worry about which pronoun someone is going to use for you based on how they perceive your gender," its website says. "If you have this privilege, yet fail to respect someone else's gender identity, it is not only disrespectful and hurtful, but also oppressive."