An employee stabbed 5 people at a Florida workplace after a dispute, Tallahassee police say 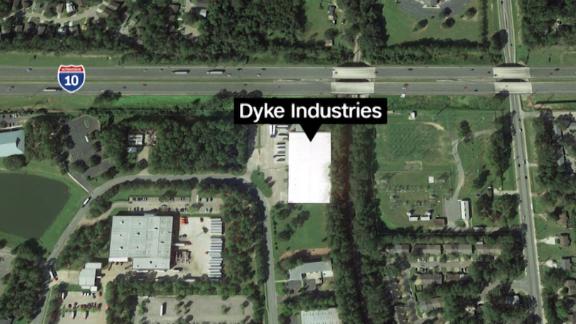 Police in Tallahassee, Florida, say they are investigating a stabbing incident that occurred at Dyke Industries. CNN's Nick Valencia reports.

The suspect in a workplace mass stabbing Wednesday was an employee at the company who sought out his victims, Florida police said.

All five stabbing victims were taken to Tallahassee Memorial HealthCare. Earlier, the hospital said it had taken in six patients from the attack.

Dyke Industries manufactures doors and is 'the largest online retailer of wood, steel and fiberglass exterior, interior, storm and patio doors and door products in the US today,' its website says.

But several employees armed themselves with whatever they could, engaged the suspect and held him on the ground before officers arrived, police said. Brown was captured about a block away from the scene.

While the suspect apparently sought out his victims, there was no evidence that the attack was premeditated, Outlaw said.

The motive for the attack remains unclear.

Brown had worked at Dyke Industries for 3 1/2 months and had no known employment issues, police said.

But Brown had some type of dispute at work Wednesday morning prior to the attack, Outlaw said.

Brown was asked to clock out as a result, the acting police chief said, without giving more details about the dispute.

The suspect clocked out at 8:20 a.m. -- 17 minutes before police responded to a report of a stabbing.