The El Paso shooting suspect is on suicide watch 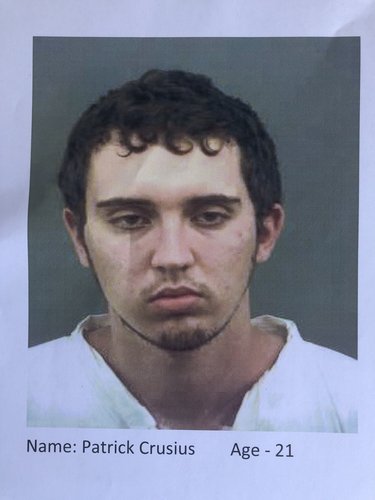 The suspect in the deadly shooting in El Paso, Texas, has been placed on suicide watch based on the recommendation of medical staff at the jail, El Paso Coun...

The suspect in the deadly shooting in El Paso, Texas, has been placed on suicide watch based on the recommendation of medical staff at the jail, El Paso County Sheriff's spokeswoman Leslie Antunez told CNN on Tuesday.

Patrick Crusius, 21, of Allen, Texas, is being held at the El Paso County Detention Facility without bond on capital murder charges in the shooting that left 22 people dead and more than a dozen wounded. Jail officials are checking on him every 30 minutes, according to Chris Acosta, another spokeswoman for the El Paso County Sheriff's Office

He is accused of opening fire earlier this month on unsuspecting shoppers in a Walmart in the far western Texas city near the Mexican border.

Police say Crusius surrendered and identified himself as the shooter following the massacre. He told police that he was targeting Mexicans, according to an arrest affidavit.

While in custody, Crusius has been 'cold' in his interactions with police, police officials told CNN.

Days after Crusius' arrest, Police Chief Greg Allen told reporters that the suspect had been cooperative, though he's shown no remorse and 'appears to be in a state of shock and confusion.'

The suspected shooter is believed by investigators to have authored a racist, anti-immigrant document that stated his disdain for Hispanic immigrants whom he said were overtaking America.

The four-page document, titled 'The Inconvenient Truth,' was published on the online message board 8chan about 20 minutes before the shooting, authorities said. The writing is filled with white supremacist language and racist hatred aimed at immigrants and Latinos, and the author says he opposes 'race mixing' and encourages immigrants to return to their home countries.