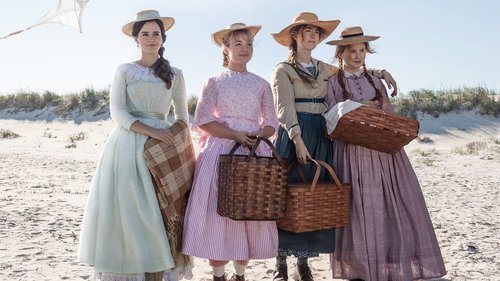 "This is Meg, Amy, Beth and Jo."The first trailer for writer and director Greta Gerwig's "Little Women" wastes no time in identifying the four sisters...

The first trailer for writer and director Greta Gerwig's "Little Women" wastes no time in identifying the four sisters at the center of her adaptation of the Louisa May Alcott classic novel.

But, as the nearly three-minute trailer continues, we learn more characteristics about the quartet beyond their names.

Emma Watson plays eldest sister Meg, a romantic who dreams of finding both the limelight and love. Eliza Scanlen plays the sensitive and caring Beth. Florence Pugh plays the outspoken Amy, who -- like many a youngest sibling -- was a pest as an adolescent but who eventually grew to find her voice.

And then there's Saoirse Ronan's Jo. The character, an aspiring writer who doesn't believe she needs a man to succeed, has become a role model for many a headstrong woman since Alcott's story was published in the 1860s.

Other talents who receive screen time include Timothée Chalamet as Laurie, Jo's childhood confidant, Laura Dern as Marmee, the girls' mother who supports their free spirit attitudes, and Meryl Streep as their scene-stealing aunt.

Past adaptations of "Little Women" have included director George Cukor's 1933 film starring Katharine Hepburn as Jo, director Gillian Armstrong's 1994 film with Winona Ryder in that role, and the 2017 PBS miniseries directed by Vanessa Caswill and starring Maya Hawke as Jo.