Taco Bell commits to reducing antibiotics in its beef 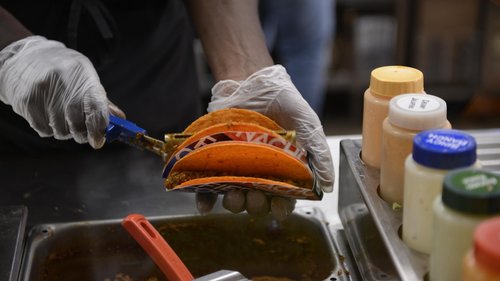 Taco Bell is the latest restaurant to say it's committed to reducing antibiotics in the meat it serves.By 2025, Taco Bell plans to re...

Taco Bell is the latest restaurant to say it's committed to reducing antibiotics in the meat it serves.

By 2025, Taco Bell plans to reduce antibiotics — specifically those important to human health — in the majority of its beef supply by 25%, the chain said Monday.

Overusing antibiotics in animals can lead to antibiotic-resistant bacteria that pose risks to human life, according to the World Health Organization. As consumers become more aware of the dangers, major chains are promising change.

Because Taco Bell doesn't directly control its beef supply, its promise amounts to a commitment to work with suppliers.

"Essentially, we're sending a supportive signal to the industry," Missy Schaaphok, Taco Bell's manager of global nutrition and sustainability, told CNN Business. She said that 25% is an "aspirational" figure, but one Taco Bell can meet. Taco Bell is owned by Yum! Brands, which also owns KFC and Pizza Hut.

It's a modest goal when considering that Taco Bell was able to eliminate the use of antibiotics important to human health in its chicken supply in 2017.

But "chicken is a lot easier," said Schaaphok, because they tend to spend their whole lives in one place. That means the animals have just one handler, she said. Cows, on the other hand, move around and live longer, making it harder to monitor their treatment.

The changes follow a 2018 scorecard released by the Natural Resources Defense Council and its partners which found that most major burger chains — including McDonald's, Burger King and Sonic — earned an F when it came to efforts to reduce antibiotics in their beef supply. Only Shake Shack and BurgerFi scored an A rating for sourcing their beef from farmers who don't use antibiotics.

Lena Brook, the NRDC's director of food campaigns, said in a statement that Taco Bell's "commitment leaves significant room for improvement" because it doesn't include a plan to use third-party verification of its goals, has a six-year timeline and doesn't provide much detail.

But, she added, "it's a move in the right direction and shows the pressure is on for competitors to take action."

Some chains, such as Chipotle and Panera have performed well in earlier versions of the NRDC reports, which included non-burger fast food chains more likely to sell chicken.