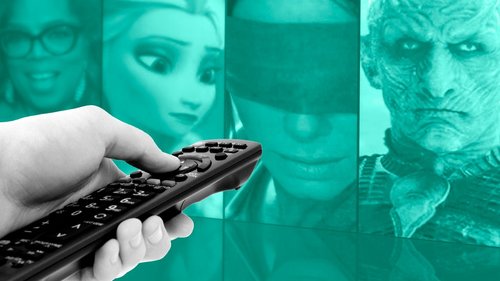 Netflix has passed the 150 million subscribers mark, but the streaming giant missed the forecast for new memberships.

The service said it expects to add another 7 million subscribers in the next quarter.

'We don't believe competition was a factor since there wasn't a material change in the competitive landscape during Q2, and competitive intensity and our penetration is varied across regions,' Netflix said. 'Rather, we think Q2's content slate drove less growth in paid net adds than we anticipated.'

Still, it's hard to ignore the competition looming over Netflix. Big Tech and Big Media, with their deep pockets and even deeper libraries, are entering the market to topple Netflix from its spot on the streaming throne. And some are taking with them the licensed shows that are popular among Netflix subscribers.

The biggest threat to Netflix's reign may be Disney, which will debut Disney+ on November 12 in North America. The new service will be brimming with some of the company's most popular content including multiple showsfrom Marvel Studios, the company's superhero studio that has made more than $22 billion at the worldwide box office, and an original 'Star Wars' series called 'The Mandalorian.'

Disney+'s most alluring aspect may not be its library, but rather its price. At $6.99 a month, it is half of what Netflix charges for its standard plan. Disney has estimated the service could bring in 60 million to 90 million subscribers by the end of fiscal year 2024.

Apple, NBCUniversal and AT&T's WarnerMedia, the parent company of CNN, are all set to premiere new services of their own in the next year.

WarnerMedia announced earlier this month that its new streaming service HBO Max will likely hit the market with '10,000 hours of premium content.'

That includes a library of TV shows and films from the likes of director and writer Greg Berlanti and Oscar-winning actress Reese Witherspoon, who will produce at least two films. HBO Max will also be the only place to stream 'The Fresh Prince of Bel Air,' 'Pretty Little Liars' and most notably 'Friends.' There is no word yet on how much all that will cost subscribers.

'Friends,' which will be added to the service next year, is owned by WarnerMedia's TV studio and has been licensed to Netflix for years. Making 'Friends' exclusive to HBO Max is a big deal because it's one of the most watched shows in TV history and was one of the most beloved titles on Netflix in recent years.

But Netflix subscribers aren't just losing their 'Friends,' they're also losing their friends from 'The Office.' NBCUniversal announced last month that it has secured the exclusive domestic streaming rights for all nine seasons of 'The Office,' which means fans of Jim and Pam will have to sign up for NBC Universal's streaming service next year to see if they end up together.

The series, which debuted on NBC in 2005, was streamed for about 52 billion minutes in 2018, according to data referenced by NBC in its news release last month.

Still, Netflix has an enviable head start with subscribers. It's also home to many hit original shows and movies that will make it a must-have subscription for TV lovers.

'Stranger Things,' which debuted its third season on the Fourth of July holiday weekend, attracted 26.4 million unique viewers in the first four days of its release in the US, according to Nielsen data. It was 'the most watched Netflix original series we've ever analyzed,' according to the viewership data company.

The streaming company added a record 9.6 million new subscribers in the first quarter of 2019. It has 148.8 million subscribers globally, 60.2 million of whom are from the United States.