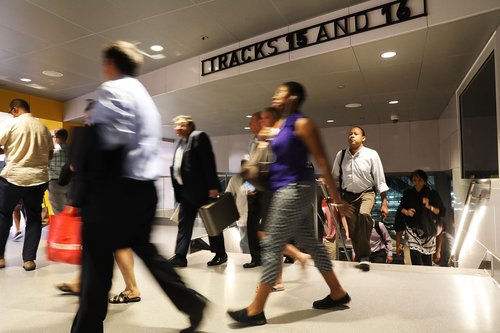 The US economy added 224,000 jobs in June, a strong comeback for the labor market after a...

The US economy added 224,000 jobs in June, a strong comeback for the labor market after a disappointing May.

The unemployment rate rose to 3.7%, the highest level since March 2019 but still historically low.

The number substantially beat the expectations of analysts, who had forecast a drag on jobs because of business uncertainty around high trade tensions as well as a lackluster housing market.

Adding to the positive story, 335,000 people entered the labor force in June — substantially more than usual — which may have been what pushed the unemployment rate up slightly. It's a remarkable feat for an economy that has been soaking up workers for 106 straight months, and an indication that people are still finding reasons to go back to work.

The number looks more like the robust 2018 monthly job gain average than the lower average so far in 2019, forestalling concerns about a sharp slowdown even as indicators of business sentiment have turned negative.

However, there are still signs that the labor market won't go back to last year's blistering pace. Daniel Zhao, senior economist with the job search and review site Glassdoor, says employers' hiring needs aren't growing as fast as they had been.

'The number of job openings is very healthy, pretty close to historic highs, but the rate at which it's growing is slowing dramatically,' Zhao said. 'When that year-over-year growth rate in job openings turns negative, that will be a major signal that the labor is slowing down.'

The largest employment gains came in health care and professional and business services, although manufacturing turned in a robust 17,000 jobs after four months of little change — a surprise turnaround for an industry that has been flagging with higher raw material costs due to tariffs and the downturn of world trade.

Retail employment showed little change again in June, though transportation and warehousing — which can be a sign of consumption migrating from physical stores to shopping online — added 24,000 jobs.

The one still-disappointing number: Average hourly earnings, which rose 3.1% from a year earlier, slightly lower than forecast. While still beating inflation, wages should be growing faster this late in the business cycle, as employers compete to attract workers.

In some sectors, they are: Year over year wage growth for retail workers and those in leisure and hospitality, for example, has neared 5% over the past few months. But that doesn't hold true more broadly.

Jason Guggisberg, vice president at the large staffing firm Adecco, says he's advised companies to hike pay more in order to attract more qualified workers — but they've been reluctant to do so, citing uncertainty about how much longer the recovery will last.

'That wage conversation has been going on for years now,' Guggisberg says. 'They've been dragging their feet, waiting to see what happens. The answer's always, 'it's not in the budget.''

Despite the positive news for the economy, markets opened down on Friday upon the realization that the Federal Reserve would find little justification in the June jobs report to cut interest rates substantially at its next meeting.