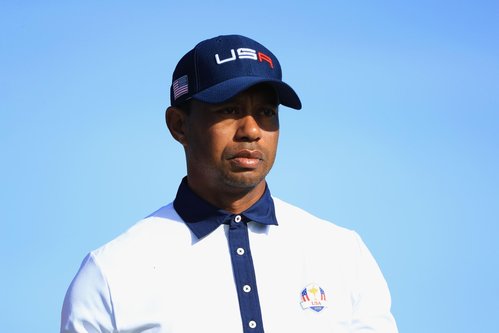 Tiger Woods has been dropped as a defendant in a wrongful death lawsuit.The parents of Nicholas Immesberger, a bartender at a restaurant owned by Wood...

Tiger Woods has been dropped as a defendant in a wrongful death lawsuit.

The parents of Nicholas Immesberger, a bartender at a restaurant owned by Woods who died in a December drunk driving accident, had sued Woods and others saying that Immesberger's death was the result of negligence on the part of The Woods Jupiter restaurant.

'While the situation was tragic, the facts will ultimately show that the cause of Mr. Immesberger's car accident were the many decisions made by Mr. Immesberger on the night of his passing,' Wood's attorney, Barry Postman, said in a statement.

Woods' girlfriend Erica Herman, who is general manager of business, is still listed as a defendant on the complaint.

The suit claims that after his shift at The Woods, 24-year-old Immesberger stayed to drink and that the restaurant served him too much alcohol, knowing he was an alcoholic.

About three hours later, Immesberger died in a single-car crash.

The suit alleges that by serving Immesberger, even though they knew he attended Alcoholics Anonymous meetings and had another alcohol-related crash in November, the restaurant was negligent and 'caused or contributed' to his death.

Family attorney Spencer Kuvin said in May when the suit was filed that Florida law holds that when a business over-serves someone known to be addicted to alcohol, that business is responsible for what occurs.

Army recruiter arrested in Jackson County for having sex with 15-year-old, officials said