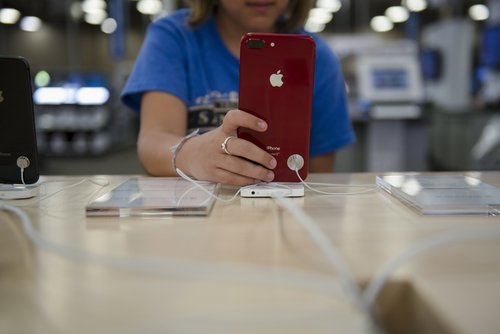 Best Buy has succeeded during the online shopping e...

Best Buy has succeeded during the online shopping era by beefing up its customer service. Once again, the retailer will lean on its customer service chops by expanding its partnership with Apple to offer repairs on iPhones and MacBooks at all of its stores.

For Best Buy, the expanded deal with Apple will give its existing customers another reason to visit its physical stores and could help the retailer attract new shoppers.

"This will drive traffic to Best Buy stores," said Michael Pachter, managing director at Wedbush Securities. "If the repair is something that will take an hour, the consumer will be captive in the Best Buy store and likely to purchase something."

Best Buy has worked in recent years to improve customer service at its stores, a key advantage over Amazon and other online players. The retailer has positioned itself as the expert in a complicated consumer electronics market. It retrained sales workers so they could offer better advice to puzzled shoppers having trouble deciding which TV model or smart watch to buy.

"Our business strategy is based on offering superior levels of customer service," Best Buy said in its annual securities filing.

Best Buy's relationship with Apple is also critical to its business. Apple is one of Best Buy's largest suppliers, along with Samsung, Hewlett-Packard, Sony and LG. Last year, Apple expanded its distribution to Costco, a move many analysts believed was a blow to Best Buy.

"Apple would say that Best Buy provides the best retail experience for their products and services outside of their own home," former Best Buy CEO Hubert Joly told analysts last year.

For Apple, the expanded deal with Best Buy gives customers new access points for repairs outside of Apple's own store network. Apple said it has tripled the number of authorized third-party service locations in the past three years.

"We're always looking at how we can reliably expand our network of trained technicians and we're excited to partner with every Best Buy store," Tara Bunch, Apple's vice president of AppleCare, said in a prepared statement.