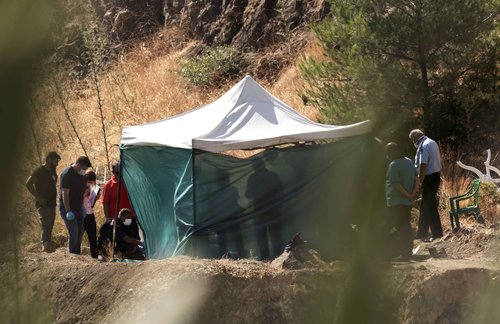 Police in Cyprus have found a seventh body -- that of a six-year-old girl -- during the investigation into what appears to be the Mediterranean island's firs...

Police in Cyprus have found a seventh body -- that of a six-year-old girl -- during the investigation into what appears to be the Mediterranean island's first ever serial killing case.

The remains of the daughter of the killer's first victim were found Wednesday in Lake Memi, southwest of Nicosia, the Cypriot capital, reports CNN affiliate CNN Greece.

Cypriot Police spokesperson Andreas Angelidis confirmed that a body was found at a depth of around six meters, according to CNN Greece.

Divers found the child's remains wrapped in a bed sheet weighted down with a cement block.

The discovery means that authorities have now found the remains of all seven victims the 35-year-old suspect has confessed to murdering.

Authorities began their investigation after finding the body of 38-year-old Filipino national Marry Rose Tiburcio in a flooded mine shaft in Nicosia, on April 14.

Tiburcio and her 6-year-old daughter were reported missing on May 5, 2018.

Police say the suspect, a career officer with the Cypriot National Guard, confessed to the murder of five women and two children, all foreign nationals.

The suspect met at least some of his victims on an internet dating site, where he used the name "Orestes," police told CNN.

Authorities said they will begin to review the online footprints of other women who have gone missing to see if they had contact with the suspect, fearing the list of victims may grow.

With a population of just 1.2 million, Cyprus has never been faced with a case like this before. Following a request from local authorities, experts from the UK's Scotland Yard arrived on the island in a consulting role.

Two homes collapsed in landslide along the Tennessee River. Now a road is in danger too

Here’s what you need to know if you are stopped at a DUI checkpoint, and why Huntsville does them