NCAA to consider allowing athletes to profit from names, image and likeness 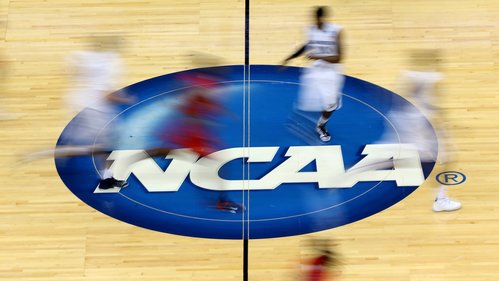 The NCAA is going to start talking about the idea of updating its rules to compensate college athletes. However, the organization maintains it will not consi...

The NCAA is going to start talking about the idea of updating its rules to compensate college athletes. However, the organization maintains it will not consider any concepts that could be construed as payment for participation in college sports.

On Tuesday, the NCAA announced that president Mark Emmert and the board of governors have formed a working group to examine issues related to athletes' names, image and likeness.

The group will be made up of member representatives from all three NCAA divisions and will be led by Big East commissioner Val Ackerman and Ohio State athletics director Gene Smith.

"This group will bring together diverse opinions from the membership -- from presidents and commissioners to student-athletes -- that will examine the NCAA's position on name, image and likeness benefits and potentially propose rule modifications tethered to education," Ackerman said in a statement.

"We believe the time is right for these discussions and look forward to a thorough assessment of the many complexities involved in this area."

READ: 'We all have Hoop Dreams' -- Bittersweet tale of first 'reality TV show'

A final report will be turned in to the NCAA board of governors in October.

"While the formation of this group is an important step to confirming what we believe as an association, the group's work will not result in paying students as employees," Smith said in a statement. "That structure is contrary to the NCAA's educational mission and will not be a part of this discussion."

The NCAA's amateurism rules have been tested in recent years. Notably, former UCLA men's basketball player Ed O'Bannon challenged the NCAA in 2009 for the opportunity for athletes to be paid for the use of their names, images and likenesses.

In 2014, U.S. District Judge Claudia Wilken sided with O'Bannon, ruling that the NCAA could set a cap on the money paid to athletes, as long as it allows at least $5,000 per athlete per year. However, that part of the decision later was overturned on appeal.

Johnny Manziel, then at Texas A&M, was suspended for the first half of a game against Rice in 2013 for what was called an "inadvertent violation regarding the signing of certain autographs."

In March, Rep. Mark Walker, a Republican from North Carolina, announced the Student-Athlete Equity Act, legislation which would amend the definition of a qualified amateur sports organization in the tax code to remove the restriction on student-athletes using or being compensated for use of their name, image and likeness.