Why Wendy's brought back 50¢ Frosties 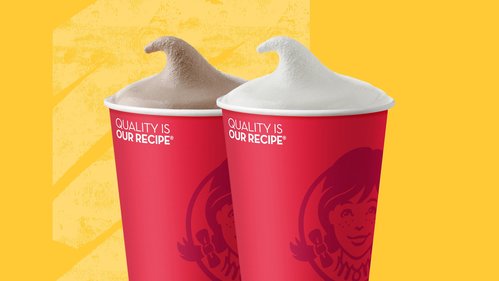 Wendy's knows customers love its half-price Frosty promotion. That's why it's bringing it back yet again.The fast food chain...

Wendy's knows customers love its half-price Frosty promotion. That's why it's bringing it back yet again.

The fast food chain announced Thursday that a small Frosty milkshake will cost 50¢ for a limited time. Wendy's called the deal a "certified fan favorite." A small Frosty normally costs 99¢.

The deal is a favorite that Wendy's hopes continues its momentum. The company, which reported strong first-quarter earnings Wednesday, said its North American sales at stores open at least a year grew 1.3%, bolstered by new menu options. The stock is up 20% for the year.

Wendy's introduced a number of new menu items in the first quarter including a new $5 Giant Junior Bacon Cheeseburger, a new line of chicken sandwiches and a $5 meal deal called the Biggie Bag.

"All three of these promotions met or exceeded our expectations, despite the severe weather that we endured during the quarter," Wendy's CEO Todd Penegor said on the call.

Penegor said the 50¢ Frosty deal is a "nice traffic driver" and expects it will get thirsty customers to buy food. Wendy's also expects it will be able to upsell customers who came in for the discounted milkshake, convincing them to buy a more expensive Frosty Cookie Sundae.

"We've got a great 'trade-up opportunity' to move from a 50¢ Frosty when you show up to a more indulgent dessert," he said.

It's a strategy that will probably work, according to Peter Saleh, a restaurant analyst at BTIG Research.

"It is a way to get customers in and most will come in to buy other items," he told CNN Business.

His firm complimented Wendy's for shifting away from deep discounts, like the $1 Double Stack promotion it offered in the first quarter of 2018, in favor of more expensive meal deals. But he said the 50¢ Wendy's promotion won't hurt its momentum because desserts are a "small percentage of its overall sales."