Judge recommends blocking some iPhones from entering the United States 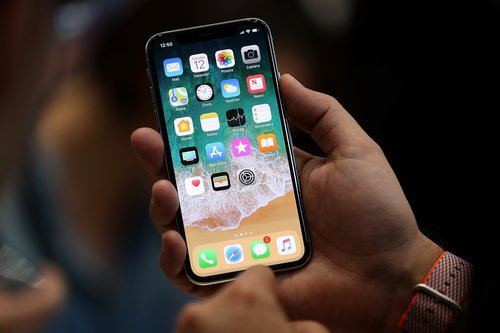 Apple and Qualcomm are slugging it out over patents around the world. Tuesday brought two more decisions.A US trade judge recommended banning certain...

Apple and Qualcomm are slugging it out over patents around the world. Tuesday brought two more decisions.

A US trade judge recommended banning certain iPhones that are imported to the United States, saying Apple violated one of Qualcomm's patents in some devices.

Although Apple is an American company, iPhones are assembled overseas and shipped to the United States and other countries.

In her two-page ruling, International Trade Commission Administrative Law Judge MaryJoan McNamara did not specify which iPhones she thought must be banned from the United States.

The ruling will not take effect until both the full ITC panel and President Donald Trump review McNamara's decision.

Presidents have overturned import bans before, including in 2013, when President Barack Obama overruled an ITC court decision to ban certain iPhones. The ITC ruled in that case that Apple had violated some of Samsung's patents.

Don Rosenberg, executive vice president and general counsel for Qualcomm, said in a statement that the company was pleased with McNamara's decision.

"The innovations we contribute to the iPhone extend well beyond a single component and Judge McNamara's decision, along with recent infringement rulings in other US and foreign courts, affirm the value of our technologies," Rosenberg said.

In a separate case decided on Tuesday, the ITC decided in favor of Apple in a case that goes back to 2017.

"We're pleased the ITC has found Qualcomm's latest patent claims invalid," an Apple spokesperson said in a statement. "It's another important step to making sure American companies are able to compete fairly in the marketplace."

Qualcomm said it plans to seek reconsideration from the ITC.

In this long-running feud, both companies have at times come out on top.

In December, a Chinese court banned the sale and import of most iPhone models following a lawsuit from Qualcomm.

But in 2017, Apple sued Qualcomm for $1 billion after the chipmaker stopped paying for the exclusive right to put its chips in iPhones.

Qualcomm withheld its payments after the European Union began investigating them. The EU ultimately deemed the payments illegal, and in January 2018, the European Commission ordered Qualcomm to pay a $1.2 billion fine over the issue.

Last summer, Qualcomm said Apple would no longer include its modems in iPhones.