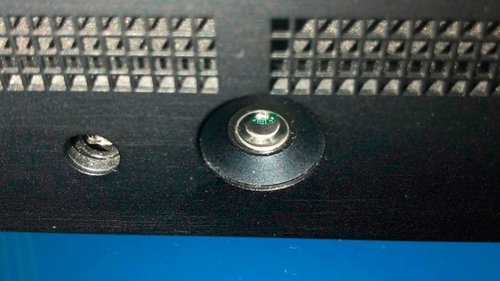 Concerns about cameras fitted to airplane seats have prompted two US senators to demand that airlines clarify how the devices are used.Senator Jeff Me...

Concerns about cameras fitted to airplane seats have prompted two US senators to demand that airlines clarify how the devices are used.

Senator Jeff Merkley -- the Oregon Democrat who recently announced his decision not to run for presidency in 2020 -- and Republican John Kennedy, from Louisiana, have written a bipartisan letter to several major airlines requesting answers.

The letter was in response to CNN Travel reporting on the issue after malware researcher Vitaly Kamluk tweeted Singapore Airlines when he spotted what appeared to be a camera lens built into an inflight entertainment (IFE) screen.

Singapore and other airlines contacted about the devices have denied using them to monitor passengers.

Tech experts, however, have raised concerns about whether the cameras could be hacked.

"While Americans have an expectation that they are monitored in airports as a necessary security measure, the notion that in-flight cameras may monitor passengers while they sleep, eat, or have private conversations is troubling," the senators' letter says.

"Further, in light of data breaches that have impacted many major airlines, we have misgivings that cameras or sensors may not employ the necessary security measures to prevent them from being targeted by cybercriminals."

The senators have addressed their letter to the CEOs of American carriers Delta, Southwest, Frontier, United, Spirit, American, JetBlue and Alaska Air. They ask each airline to answer a series of questions about the existence of the seat back cameras.

The congressmen want to know whether each airline uses cameras to monitor passengers, under what circumstances the cameras could be activated and whether passengers are informed of this practice.

All the airlines contacted by CNN Travel in early March said the cameras are dormant.

American Airlines told CNN Travel in early March that cameras are "a standard feature," but not activated and that the carrier has no plans to use them.

"These cameras have been intended by the manufacturers for future developments," said Singapore Airlines, in a statement provided to CNN Travel earlier in March. "These cameras are permanently disabled on our aircraft and cannot be activated on board. We have no plans to enable or develop any features using the cameras."

Nevertheless, the senators remain concerned and have requested further information -- describing the potential use of undisclosed cameras as "a serious breach of privacy."

Merkley and Kennedy also demand "comprehensive data on the number of cameras and sensors" and "the type of information that is collected or recorded."

They've requested a response from the contacted airlines within 30 days.

While it wasn't a commonly known fact that many airline IFEs contain deactivated cameras exist in airline IFEs -- it was by no means a secret.

For example, at the 2017 Dubai Airshow, Panasonic Avionics announced the latest incarnation of Emirates' IFE in First Class and Economy -- specifying it featured a camera, plus a microphone and speaker.

City: Here are the best places to find parking in downtown Huntsville this weekend