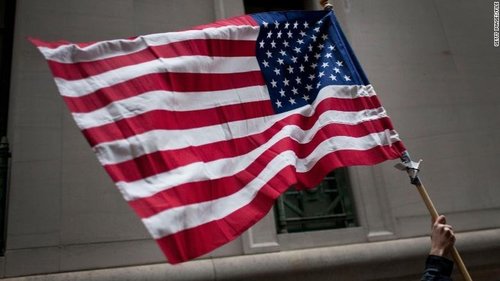 A Florida sixth-grader who was arrested last month following a Pledge of Allegiance dispute at his school will not be prosecuted, his attorney said Wednesday...

A Florida sixth-grader who was arrested last month following a Pledge of Allegiance dispute at his school will not be prosecuted, his attorney said Wednesday night.

The student at Lawton Chiles Middle Academy in Lakeland refused to take part in the Pledge of Allegiance on February 4, according to the Polk County School District. At the time, it said the student was arrested for becoming disruptive, not for refusing to participate.

The case attracted national attention after Team Roc, a branch of the Roc Nation entertainment company founded by hip-hop artist Jay-Z, became involved. It raised awareness about the case, describing the teen's arrest as wrong.

In a letter to the teen's mother, Dhakira Talbot, the county's teen court said there are no pending issues.

"Since this was not entered in a criminal database, no delinquency record was created," it said.

When the student did not take part in the Pledge of Allegiance, a substitute teacher in charge of the class was unaware that the district's student code of conduct doesn't mandate students' participation, the district said at the time.

The substitute teacher said that when she asked the student, who is black, to stand for the pledge, he "answered that he won't because the flag of the country is racist. He then started to explain why the national anthem was offensive to black people." The teacher's statement to the school district was obtained by CNN affiliate Spectrum Bay News 9.

The teacher exchanged words with the student and called the school administration, according to the district. A school resource officer also responded.

A school administrator and the officer asked the student to leave the class, but the sixth grader refused, Lakeland police said. Authorities said the student made threats as he was escorted to the office, and he was arrested for disrupting a school function and resisting an officer without violence and transported to the Juvenile Assessment Center.

The family disputed the version of events in the police report, describing it as "largely fabricated in order to justify the wrongful arrest," said Roderick Ford, an attorney for the student and his mother.

He said the student had never used the word racist, but indicated that he was not participating in the pledge because he felt the American flag represented unfair and discriminatory treatment of black people.

"At that point, it is our position that this young man was well within his legal rights," he said.

The sixth-grader was suspended for three days and transferred to a private school following the incident. NFL player Leonard Fournette tweeted that he has invited the student to a Jacksonville Jaguars game.

The legal fight is not over

Talbot welcomed the court's decision and thanked those who supported her son. But she said the legal fight is not over.

"My son and I are grateful for all the athletes, entertainers, Roc Nation and community of supporters that have raised awareness about this injustice and showed their support -- both publicly and privately -- during our time of need, " she said. "Although (my son's) case has been dismissed, I do want people to know this isn't just about my son -- this prejudice happens to African-American kids all across the country. The fight isn't over, which is why I have a civil rights complaint pending with the US Department of Education."

Ford said he hopes the parties involved will reach a resolution without going to trial.

"We do not believe that this case needs to go to trial, although we certainly are prepared to try this case," he said in a statement. "Instead, it is our hope that the US Department of Education will utilize all of the tools at its disposal to help bring the parties and community stakeholders together in order to reach a fair and just resolution of this case."

Huntsville Police explain protocol for chases in the city

Huntsville community comes out to be a part of peaceful protest

Huntsville Police encourage de-escalating situations while taking someone into custody