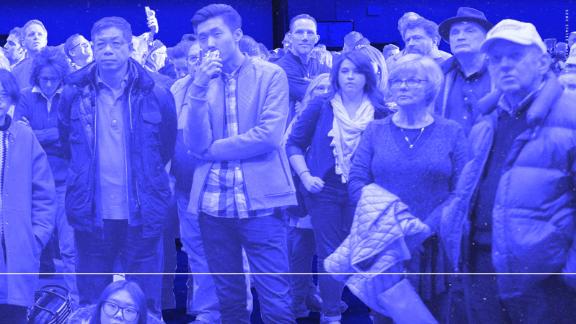 If you want to have a say in which candidate makes it to the general presidential election, you have to participate in your state's primary or caucus election. The tricky part is each state does it differently, CNN's Zach Wolf explains.

Minnesota's first presidential primary in nearly 30 years is facing a legal challenge over the Republican party ballot, which only lists President Donald Trump.

Jim Martin, a small-business operator and political independent, filed a lawsuit over the March 3 primary objecting to a new state law allowing party chairs to determine who appears on primary ballots.

"By stripping us of our ability to govern ourselves and equipping the central committees with the power to decide who can and (more importantly) who cannot govern, we Minnesotans are driven downwards into the disparaging pits of authoritarianism," said Martin in a public statement on his election website. "I find this to be shocking."

The 2020 presidential primary will be the state's first since 1992, after a law passed three years ago did away with presidential straw polls taken at precinct caucuses. The primary ballots are set to include two of the "major" political parties in Minnesota -- Republicans and the Democratic-affiliated Democratic-Farmer-Labor Party.

The ballot submitted by the Minnesota GOP ahead of the state's March 3 Super Tuesday presidential primary excludes all other Republican candidates but Trump.

Martin's lawsuit, filed in early December, was first reported by the Star Tribune. A hearing has been scheduled before Minnesota Supreme Court on January 9.

According to the Star Tribune, the state's Republican Party chairwoman, Jennifer Carnahan, defended the move, arguing that her job as party leader is to help re-elect the President next year. Party officials have since said they will allow write-in candidates.

The lawsuit could have repercussions on the state's early voting process, which is set to start on January 17.

State officials warned the Supreme Court in papers filed this week that unless the ballot question is settled "within the first few days of January," they may not have enough time to print and distribute ballots on time.