2nd interstellar visitor to our solar system confirmed and named 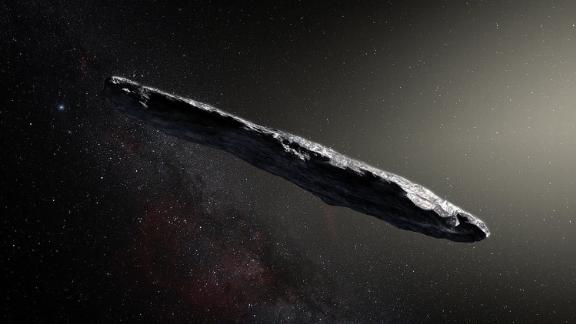 An unusual object detected streaking across the sky last month was a comet that originated outside our solar system, observations have confirmed, becoming only the second observed interstellar object to cross into our solar system.

It has been named 2I/Borisov by the International Astronomical Union's Minor Planet Center. And it's anywhere between 1.2 and 10 miles in diameter, Karen Meech and her colleagues at the University of Hawaii say.

Observations by NASA's Jet Propulsion Laboratory Solar System Dynamics Group have supported that this comet has the most hyperbolic orbit out of the thousands of known comets.

"The orbit is now sufficiently well known, and the object is unambiguously interstellar in origin," according to a release by the IAU, which has designated the object as the second interstellar object, 2I.

It first was spotted on August 30, almost two years after the first interstellar visitor detected in our solar system, known as 'Oumuamua, was found in October 2017. Interstellar means that the object originated outside our solar system.

Gennady Borisov spotted a new comet while at the MARGO observatory in Crimea. The amateur astronomer used a 0.65-meter telescope he built and saw something that resembled a comet with a short tail.

After this initial observation, the Scout system at NASA's Jet Propulsion Laboratory also flagged the object as possibly originating outside our solar system. Scout assesses recently found objects from the Minor Planet Center for hazards and potential trajectories.

And we'll get a chance to know the comet better soon. It's due to enter the inner part of our solar system on October 26. To look at it right now through telescopes from Earth, the comet appears close to the sun. It will be visible through professional telescopes for months.

"The comet's current velocity is high, about 93,000 mph, which is well above the typical velocities of objects orbiting the Sun at that distance," Farnocchia said. "The high velocity indicates not only that the object likely originated outside our solar system but also that it will leave and head back to interstellar space."

The object was designated as a comet because it appears fuzzy. Comets tend to look fuzzy because they're icy and release dust and particles as they heat up on approach to the sun.

'Oumuamua only had a quick visit with us in 2017. This comet's stay should be a bit longer.

Future observations will shed more light on its size, rotation and path.