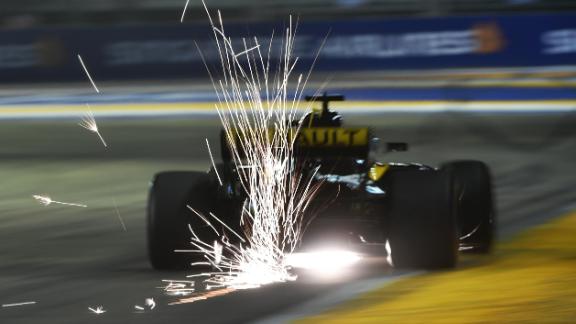 Kristie Lu Stout sits down with the CEO of the Hanoi F1 GP ahead of Vietnam's first GP in 2020.

As Formula One says farewell to Southeast Asia after the Singapore Grand Prix, the region is already looking ahead to welcoming back the sport next year with the bonus of an added race.

The inaugural Vietnam Grand Prix is due to take place in April 2020 on a street track that will run through the Nam Từ Liêm district of Hanoi.

The Vietnam race will share with Singapore the joint most turns of any track on the F1 calendar.

"Our track is 5,607 meters long with 23 turns, and there's a long stretch so all the turns will give the chance for all the Formula One racers to show how skillful they are when they overtake each other," the CEO of the Vietnam Grand Prix Corporation Le Ngoc Chi told CNN's Kristie Lu Stout.

"There's also a long stretch of almost 1.6 kilometers where all the racers will be able to show also the speed that their cars can reach. So according to calculations, the highest speed they can reach is probably around 335km per hour."

While the idea to host a grand prix in Vietnam was initially suggested by former F1 chief executive Bernie Ecclestone in 2017, it wasn't until Liberty Media took over running the sport that the race became a reality.

F1's new owners have made it a priority to organize races in locations that offer more than just a race -- what they call "destination cities."

Early frontrunners were cities such as Las Vegas and Miami, but it was Hanoi that was eventually awarded with a new race.

"When we joined the Formula One, we feel like this is a family," Chi said.

"Everyone that we met have been very helpful, very supportive of us, and shared with us a lot of tips, but I think the most important thing that we get from this is grand grix is a huge event, but you have to break it down to small details."