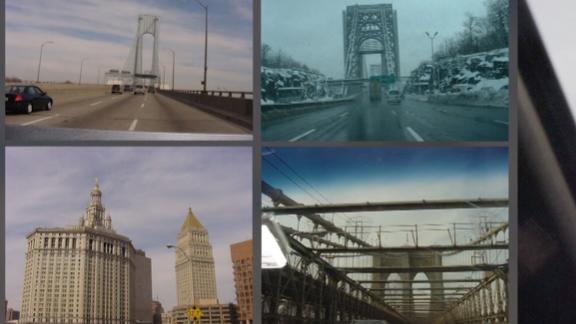 Authorities believe Alexei Saab from Morristown, New Jersey, has been acting as a US scout for the foreign terrorist group Hezbollah. The federal government says Saab scouted possible targets for an attack including the Statue of Liberty, Lincoln Memorial and Fenway Park. CNN's Brynn Gingras has more.

A New Jersey man served as a US-based operative for Hezbollah's terrorism-planning wing for years, scouting landmarks like the Statue of Liberty and the Empire State Building for possible attacks, a federal grand jury has alleged.

Alexei Saab, a 42-year-old Lebanon native and naturalized US citizen, was charged in an indictment Thursday with nine offenses, which include providing material support to Hezbollah, the US Justice Department said.

Saab, of Morristown, is in federal custody, awaiting trial in federal court in New York. He was arrested July 9.

He is at least the third American charged since 2017 with being an agent for Hezbollah, an Iranian-linked, Lebanon-rooted Shia Islamic group considered a terrorist organization by the United States.

"As a member of the Hezbollah component that coordinates external terrorist attack planning, Alexei Saab allegedly used his training to scout possible targets throughout the US," said US Attorney Geoffrey S. Berman on Thursday.

"Even though Saab was a naturalized American citizen, his true allegiance was to Hezbollah," Berman said.

CNN has reached out to Saab's attorney, Marlon Kirtin, for comment

He wrote a report on New York landmarks and focused on weaknesses, authorities allege

Saab joined Hezbollah in Lebanon before coming to the United States in 2000 and becoming a naturalized US citizen in 2008, authorities allege.

Hezbollah had given him extensive training in Lebanon, and made him a member of its wing that plans terror attacks outside of Lebanon, the Islamic Jihad Organization (IJO), the Justice Department says.

While he was in Lebanon in 2003, a Hezbollah handler asked him to prepare a detailed guide to New York City. So, he returned to the US and scouted numerous sites in New York, focusing on "the structural weaknesses of locations ... to determine how a future attack could cause the most destruction," the Justice Department said.

Saab gathered information and took photographs of the sites, according to the Justice Department, including:

• The Statue of Liberty and Ellis Island

Later that year, he returned to Lebanon and wrote a report about the potential targets, and also turned in the corresponding photographs, a complaint filed in court reads.

"Saab understood that the information he provided to the IJO would be used to calculate the size of a bomb needed to target a particular structure and the ideal location in which to place explosive devices to maximize damage," the complaint reads.

During an investigation, the FBI found photographs of these locations in Saab's electronic devices, the Justice Department says.

He's also accused of scouting landmarks in Boston and Washington

Saab "also conducted other surveillance for the IJO in preparation for a potential attack in other cities in the United States," the criminal complaint reads.

The complaint cites videos and photos found in Saab's electronic devices, including Boston landmarks such as Fenway Park, the Prudential Center and Quincy Market.

The videos and photos also show sites in Washington, D.C., including the US Capitol, the White House, and the Lincoln Memorial, the complaint reads.

Some of the charges relate to allegations -- unrelated to his alleged activities for Hezbollah -- that he married someone in 2012 so that person could apply for naturalized citizenship in the United States based on their marriage, the Justice Department said.

Government is investigating Hezbollah's capabilities in the US

Saab's charges come two years after two other American men were charged with serving as terrorist operatives for Hezbollah.

Hezbollah is an organization believed to have been responsible for several deadly attacks around the world, outside of the United States, over the past three decades, some of which killed Americans.

Although federal law enforcement has arrested numerous people in recent years associated with or inspired by Sunni Muslim extremist groups like al Qaeda and ISIS, the FBI has also disrupted the operational activity of a small number of people linked to the Shiite Muslim Hezbollah.

In 2017, two other American men were charged with serving as terrorist operatives for Hezbollah.

US counterterrorism officials have not publicly released estimates of how many Hezbollah members are suspected of being in the country. But a senior US national security official told CNN earlier this year that the government continues to investigate and degrade Hezbollah's capabilities in the United States.

"Hezbollah is certainly a national security priority, because they have the capacity to commit hostile acts but have not necessarily had the motive to do so," the senior US official said. "Our efforts have been to reduce their capacity in case their motives shift."