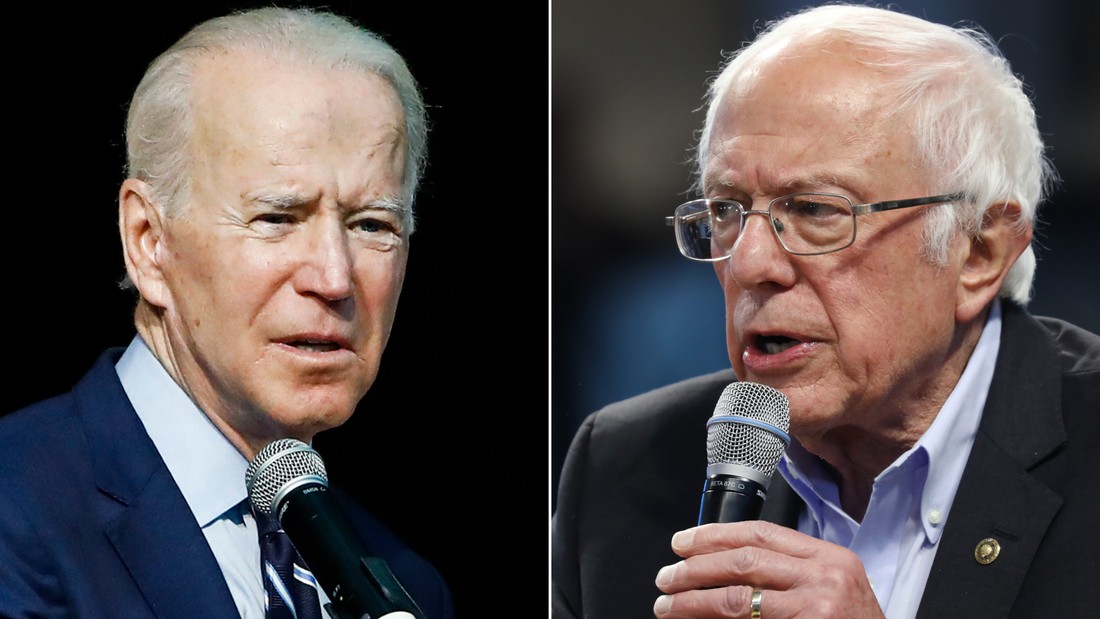 Joe Biden's comeback is one for the history books. A week ago, pundits were predicting his political demise. But 72 hours between his big South Carolina win and Super Tuesday changed the trajectory of this race entirely.

What have we learned from the March 3 voting? Dig into the exit polls to get a sense of the wave caused by the center lane solidifying behind Biden and the very real ceiling Bernie Sanders faces on the far left.

Take a look at the 10-out-of-14 states Biden won: turnout was up basically across the board, with Virginia up 69% from the 2016 primary and Texas turnout up by a half-million votes.

Biden's win came from overwhelming African American support and from voters over 45. But the real insights come from the fact that Biden dominated the 60-70% of Democratic primary voters who describe themselves as 'somewhat liberal' or 'moderate.' Sanders won 'very liberal' voters consistently -- which makes sense for a self-described democratic socialist - but they only made up roughly a quarter of Democratic primary voters.

This reflects the fact that Democratic contenders Pete Buttigieg and Amy Klobuchar -- both midwestern centrists -- decided to bow out of the race before Super Tuesday and throw their support behind Biden. This group was dubbed 'the moderate Avengers' on CNN's New Day in an exchange with Wajahat Ali. But catchy pop-culture references aside, this speedy circling of the wagons is exactly the disciplined country-over-ego move that center-right Republican candidates didn't make when they watched the rise of Donald Trump.

But Bernie Sanders' biggest problem is that his support seems to have hit a ceiling. Sanders promised to expand the electoral map by attracting new voters -- but that hasn't happened so far. Instead, he's getting fewer votes in many states than he did four years ago. For example, he won Oklahoma four years ago but lost decisively to Biden this year. Sanders won his home state of Vermont with 50.7% of the vote -- but that was down from 86% four years before.

Yes, Sanders had a big win in Colorado but that was disproportionately due to early voting, where according to the Secretary of State's office roughly 75% of the votes cast came in before March 3. So the momentum from Biden's South Carolina win was not fully reflected.

In the wake of Biden's Super Tuesday surge, Mike Bloomberg decided to bow out of the race and throw his considerable financial weight behind the former vice president for the duration of the campaign. It's a smart, data-driven move considering the fact that Biden and Bloomberg were competing for many of the same voters in the center of the electorate -- and Biden's Super Tuesday margins would have been even bigger if Bloomberg's votes crossed over into his column.

Bloomberg's boost could be critical for the rest of the primary and especially for defeating Donald Trump in the fall.

This race is far from over. The biggest Super Tuesday delegate prize, California, still has not been declared -- and could take weeks to complete. But Sanders seems in strong shape in large part due to early voting. That could also benefit Sanders in next week's Washington State primary, where voters only vote by mail. But Michigan's vote next week will be a key test -- it's a state Sanders stunned the political world by winning over Hillary Clinton in 2016. And it will be a must-win for Democrats against Donald Trump in the fall.

What we're watching is more than the center rallying around Joe Biden. And it's a mistake to call this coalition 'the establishment' or say that they're corporate shills.

Instead, it's a robust reflection of the backbone of the Democratic Party -- black voters, liberals and moderates and blue-collar workers as well as senior citizens. It's urban, suburban and rural. That is not a collection of elites. It's a reflection of main street America that's more concerned with real solutions to the problems they face than democratic socialist rhetoric about revolution.

If that comes as a surprise, it only highlights how social media -- and Twitter in particular -- is a terrible way to gauge support. As a reality check, only 14% of Texas primary voters told exit pollsters they were regular users of Twitter.

The number one issue for Democrats is defeating Donald Trump and from that flows all other concerns, from improving access to health care, combating the climate crisis and addressing gun violence and income inequality. And at a time when the country faces a potential pandemic, it's a reminder of why a competent government let by experts rather than partisan sycophants matters to people's lives.

This primary race is not over and deep differences remain. There should be a great debate that does not devolve into personal attacks. But the real test for Democrats will be to assert within their own party a powerful idea that's been lost during the Trump years: that there is ultimately more that unites us than divides us as Americans.