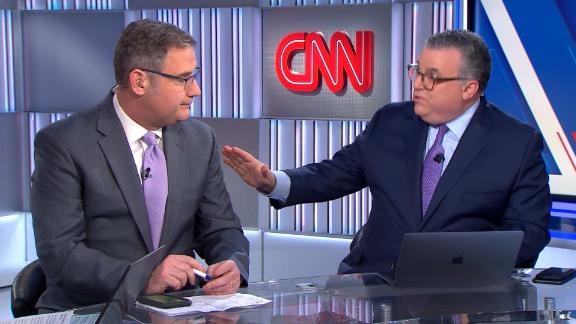 The Iowa Democratic Party releases a statement about the delay in Iowa caucus results. CNN's David Chalian, Mark Preston and Wolf Blitzer react to the statement.

Monday night's Iowa caucuses were a mess. Glitches with the Iowa Democratic Party's systems led to results not being made public the night of the caucus or even the morning after.

However, despite legitimate concerns about Iowa's Democratic caucuses, Americans should rest assured that our elections are secure, accurate and fair.

To start, caucusing shouldn't be mistaken for a traditional election.

They're not run by the states, or even accessible to all voters. For example, military and overseas voters have long been left out of the caucuses, and new efforts to address those concerns fall short. Caucuses are designed to engage party activists, and in turn, often drive away working people. That's why caucus turnout tends to be significantly lower than primaries. One analysis found that in 2016, turnout in caucus states trailed primary states by more than 20%.

The 'one person, one vote' concept is a principle of American democracy that doesn't extend to caucuses. In Iowa, there are nearly 1,700 caucus locations; at each begins a lengthy process to determine how many delegates will eventually be awarded to a specific candidate at the national convention.

If you're confused, you're not alone. This is a complicated process that drives down turnout. That's exactly why the Democratic Party has moved away from caucuses. This cycle, there will be 11 fewer caucus states than in 2016.

That's not the only change we've already seen this year. In an effort to make the opaque process more transparent, the Democratic Party will release three sets of results for the first time.

That's like FIFA responding to criticism that the average score in a soccer game is low by changing the rules for the World Cup to rank teams not just on goals scored, but shots on goal. It's this type of change that likely contributed to last night's catastrophic reporting issues.

That's not the only difference between caucuses and normal state-run primaries and elections.

Since caucuses are run by state parties, they have their own rules and processes and are independent of the state-run election process. This means that the local, state, and federal officials may not be involved.

For months, there have been concerns about the Democratic Party's cyberinfrastructure. This summer, the party scrapped the idea of virtual caucuses over security concerns. In the days ahead of the Iowa caucuses, security experts expressed concerns with the efforts the party took.

Results were expected late Monday evening, but process issues led to protracted delays. Those failures, compounded with a lack of meaningful communication from the party, exacerbated the problem and undermined participants' faith in the process. To be sure, the problem with these caucuses is not that the results were delayed, it's that no one had enough information to make an assessment as to what was actually happening.

That's no way to run an election. The good news is that these issues are truly unique to the caucus system.

As we move through the primary process and into the general election, there are professionals at the local, county, state and federal levels working day in and day out to ensure our elections are secure and accurate. Many jurisdictions have transitioned to secure paper-based voting systems, and others have adopted early voting and vote-by-mail systems that will allow officials to identify problems well in advance of Election Day. Jurisdictions are adopting improved audit procedures to make sure that the votes cast were indeed the votes counted. And groups like the National Governors Association are working to improve communications between the state executive branch and election officials across the states.

There has been a huge focus on building security and confidence in elections after what happened in 2016. That work is separate from a party-led effort like this week's caucuses.

Voting is the heart of our democracy. At the end of last year, Congress appropriated $425 million in new funding to support election security in 2020. The philanthropic community is also stepping up and providing grants, expertise and other support to election officials. At the Democracy Fund we support organizations, individuals, and policies working to make our elections more accessible, inclusive, secure and efficient. Our partners seek to break down barriers for voters, with an eye to increase accessibility, inclusion, and security for all.

What happened in Iowa must be troubling for the Democratic Party but the American people should not let it erode their faith in our voting process. Elections for public office should be run by professionals. Hopefully, this experience prompts that change in the future.